I got a Nintendo Switch on launch day and now that I have had it for a little over a week, I wanted to give my impressions on the hardware as well as the software that I have played so far. Please note that these impressions are from a lifelong Nintendo fan who has owned every system since the NES.

I have been excited for the Switch ever since Nintendo released their first video for it last year. I read and watched everything that I could building up to the release. I preordered it the day that preorders opened up as well. I also went with a buddy of mine to PAX South in San Antonio early this year, where Nintendo was showing off the Switch to the public for one of the first times. We loved it so much that we waited in the line twice so we could play everything that we wanted! I even lined up with the same friend at Best Buy for the midnight launch to get our games and accessories. So you can imagine my excitement on Friday, March 3rd when I picked up my shiny new Switch from UPS! Below are my likes and dislikes with the Switch itself as well as the games that I have played over the last week.

Hey guys I posted my first video to YouTube today. It’s a time-lapse of the Brazos River in Waco, TX shot from the McLane Stadium Pedestrian Bridge. I shot it with my iPhone 6 Plus and edited it in iMovie. It’s really amazing the things we can do with the phones in our pockets these days. I hope you enjoy it. If you do it would be super rad if you subscribed to my channel. I plan on shooting more videos around my town.

I wanted to share how I keep up with reading all of my favorite sites online. Years ago I would bookmark all of my go-to sites and periodically check in on them to see what was new. This works ok but it is cumbersome and you miss out on things. There are the sites that post so many stories everyday that you can’t help but miss something and then there are the smaller sites that post infrequently and you inevitably forget to keep checking on them. You end up missing out on some really great content. Then there is the other problem of finding stories you are interested in but not having time to read them at the moment. You leave the site and then forget about the article. This sucks. Feedly and Pocket solve both of these problems pretty much perfectly for me and best of all they are free to use.

Feedly is a RSS reader that is free to use and ensures you never miss an article from any of your favorite sites. Simply sign up for an account & add all of your favorite sites to it. Feedly will then keep track of everything and list every new article that gets posted to sites you added. Then you simply check out your Feedly feed when convenient and scan through all of the articles. When you are done just mark all as read at the bottom and you have a blank slate until more articles are posted. This solves the problem of missing out on articles from the sites you like. Feedly also offers apps on iPhone, iPad, & Android. You can also sign into your Feedly account on a number of 3rd party apps, Reeder being my favorite.

Pocket solves my second problem of finding a great article online but not having time to read it right then. This happens to me all of the time. With a free Pocket account you can save any article you come across online and it will be saved for viewing later in a nice clean format and even cached for offline reading. You can save an article to Pocket in a variety of ways. You can add a button to your web browser that saves whatever article you are viewing with one click. You can bring up the share sheet on iOS and save whatever article you have brought up. You can email an article to your special Pocket email address and it will be saved for you. Pocket makes it very simple to save an article to your account.

Using these two services has completely changed how I find articles to read online and also how I read those articles. I typically check my Feedly feed on my iPhone and iPad throughout the day and save anything that looks interesting to Pocket with the handy save to Pocket button offered in the app. Then when I have free time to relax and read I go through my Pocket queue and enjoy all of those articles on my own schedule in the nice clean format that Pocket puts them in. This has been fantastic for me. It can also be great when you are really busy or on vacation as well. Don’t have time to check the web for a couple of days? All of those articles will be waiting for you in your RSS feed when you come back. I hope that this article may help somebody give a RSS service as well as a read it later service a try. There are plenty more out there if Feedly or Pocket aren’t your cup of tea but any of them sure beat doing things the old way.

Welcome to another edition of Links To The Past. Here are some links I have found interesting over the past few weeks.

That’s it for this one. Thanks for reading!

Hello and welcome to another installment of Links to the Past.

Hope everyones has a great weekend. Until next time!

The Sony PlayStation, released December 3rd 1994 in Japan, turns 20 years old today. I grew up with the PlayStation and thought I would reminisce about it for a little while.

I came late to the PlayStation party as I was pretty die hard into Nintendo at the time. I had grown up with a NES, SNES, Game Boy, Virtual Boy (yes, really), & N64. It got to the point with the N64 where the quality games being released for it were few and far between due to lack of good 3rd party games. The good games that did come out, mostly by Nintendo & Rare, were also really expensive, due to Nintendo’s undying support of expensive cartridges. Not having a job at this point in my life really made the PlayStation with it’s amazing library of 1st & 3rd party games as well as the much cheaper prices for it’s CD based games very attractive. I received my PlayStation from my parents for my birthday and still own it to this day.

I would love to take a minute now and comment on a few of my favorite games. I will not be able to list them all but will talk about the ones I absolutely loved the most. 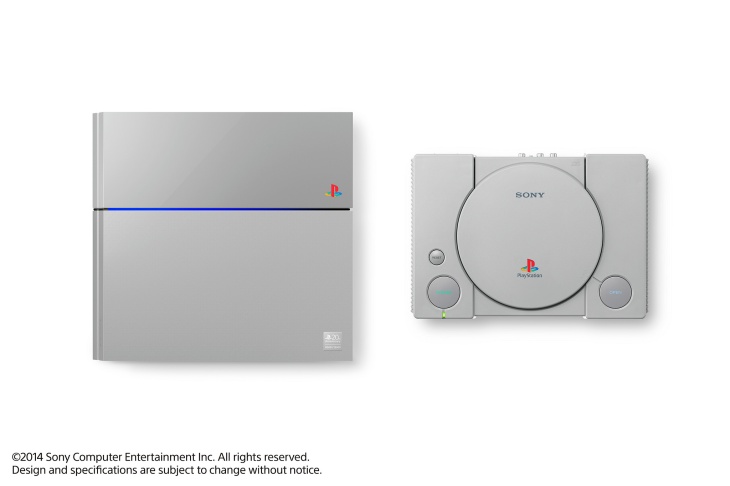 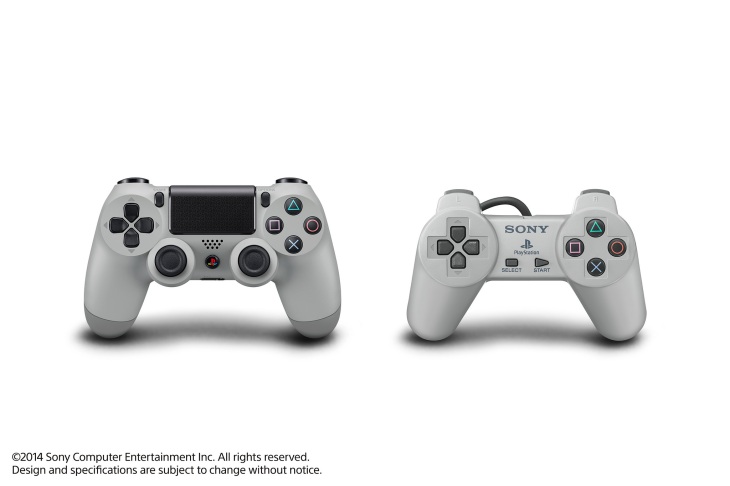 Welcome to another edition of Links to the Past! Enjoy!

Enjoy your weekend everybody!

Welcome to the first of what will hopefully be a weekly series here on ibmacin.com. I’m calling it Links to the Past (Wink,wink, nudge nudge). Links to the Past will be a list of a few articles, videos, etc. that I find interesting throughout the week and post here every Friday. I do a lot of reading throughout the week, mostly through reeder and pocket and I thought, why not share the highlights here on the blog? Goodness knows this site could use some more content! So without further ado here is the first edition of Links to the Past. 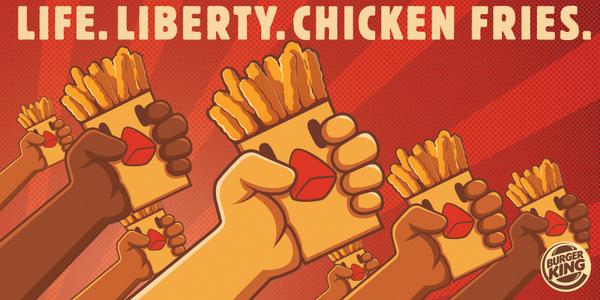 On August 8th 2014 something magical happened. I was browsing Twitter in the morning and saw people were tweeting about chicken fries. I couldn’t believe it. Could it be true? Did Burger King bring back the Chicken Fry? I did a quick Google search & sure enough I found an article saying that they were indeed back today. For those who are unaware, Burger King’s Chicken Fries are the holy grail of fast food chicken in my opinion. When Burger King introduced them on July 20th 2005 I was an instant fan. I ate them at least once a week all the way until they were discontinued in January 2012. Burger King replaced this delicacy with the chicken strips they still sale today, which pale in comparison. I stopped going to Burger King completely unless I was invited by a group. I felt betrayed.  I tried every grocery store type of chicken fry I could get my hands on. Nothing compared to Burger King’s version. I was not the only one who felt lost. There has been a big interest online to get Burger King to bring them back. A petition was created on change.org, a reddit page was started, groups were started on facebook & twitter. Today the internet was rewarded for it’s hard work. #ChickenFriesAreBack is trending throughout the U.S. on Twitter. I called my local Burger King this morning to confirm that they were indeed selling them and then my boss & I ate there for lunch. They are just as good as I remembered them being & I will be going back tonight for supper.

Hello! I haven’t posted anything on here since 2013, which is pretty crazy. So what have I been up to recently? 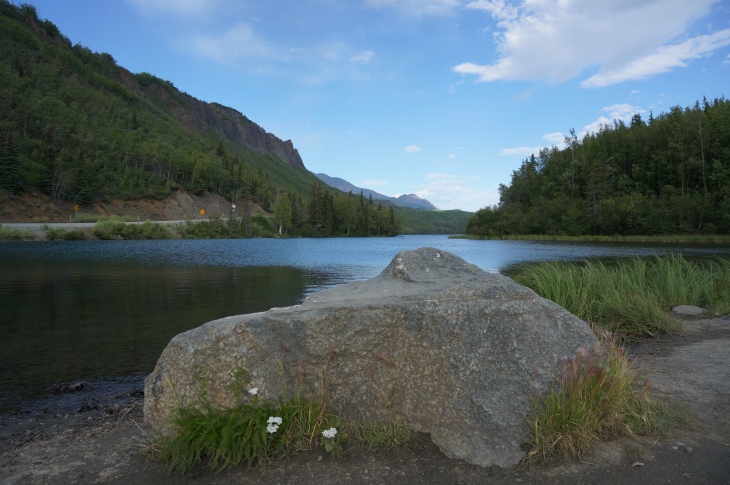 So that is a few of the things that have been going on with me so far this year. Hopefully I will have another post up here in less than 8 months.